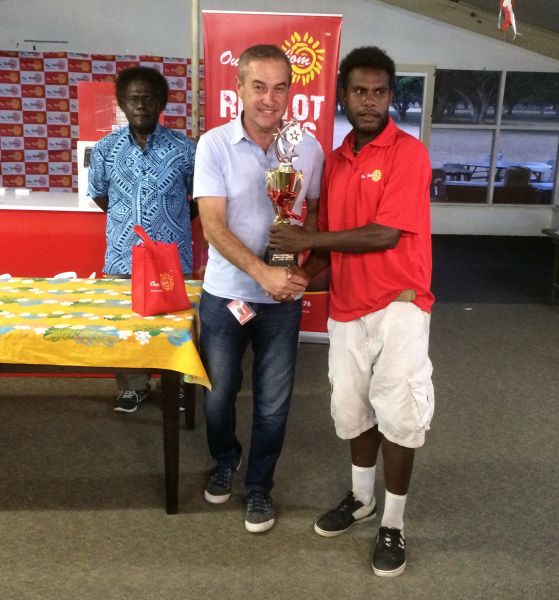 The recent Stableford Gold Competition sponsored by Our Telekom ended successfully over the weekend.

The competition attended by mostly members and some visiting participants, tee'd off early Saturday morning.

The competition continued into the late hours of the afternoon and closed off with a prize presentation ceremony.

Captain of the Honiara Golf Club team, Mr. Wayne Morris acknowledged and thanked Our Telekom for their generous sponsorship, which he assured was much appreciated by the Club.

Responding on behalf of Our Telekom, Chief Executive, Mr. Loyley Ngira said that Our Telekom was proud to support the event and announced Our Telekom's commitment to continue their support for the Golf Club again next year.

Golf is a club and ball sport in which players use various clubs to hit balls into a series of holes on a course in as few strokes as possible. Golf, unlike most ball games, does not require a standardized playing area. The game is played on a course with an arranged progression of either nine or 18 holes.