Your Future with Broadband

Our Telekom is releasing a series of informational articles as part of its public education campaign outlining what the company has been doing in readiness for when the submarine cable go live. The articles will inform the public on our core systems and access network upgrades & expansion as well as feature new exciting Internet offers for homes and businesses and also talk about our ongoing mobile Internet access rollout across the country. Follow Our Telekom every Fridays and know how you can be part of the high speed submarine cable experience.

Saying hello, sending an email, streaming movies, gaming and doing business it started with a twisted pair of copper wire. We have been using it to connect you for more than 30 years. For several years now we have been working hard to ensure the Honiara and bigger Provincial towns main fixed line backbone network is replaced by fibre optic cable, with ability to connect with fibre optic right to your premises.

Life has changed a lot since Our Telekom launched the Internet in 1997. Demand for higher capacity and speeds have increased, along with the appearance of Internet dependent smart devices.

The government increasingly needs fast broadband connections to deliver its governance services including requirements for education and health. Our Homes and businesses have an ever growing appetite to access reliable and faster networks with more smart devices connected to Internet broadband.

We want a network to connect our people and keep pace with the fast changing world. 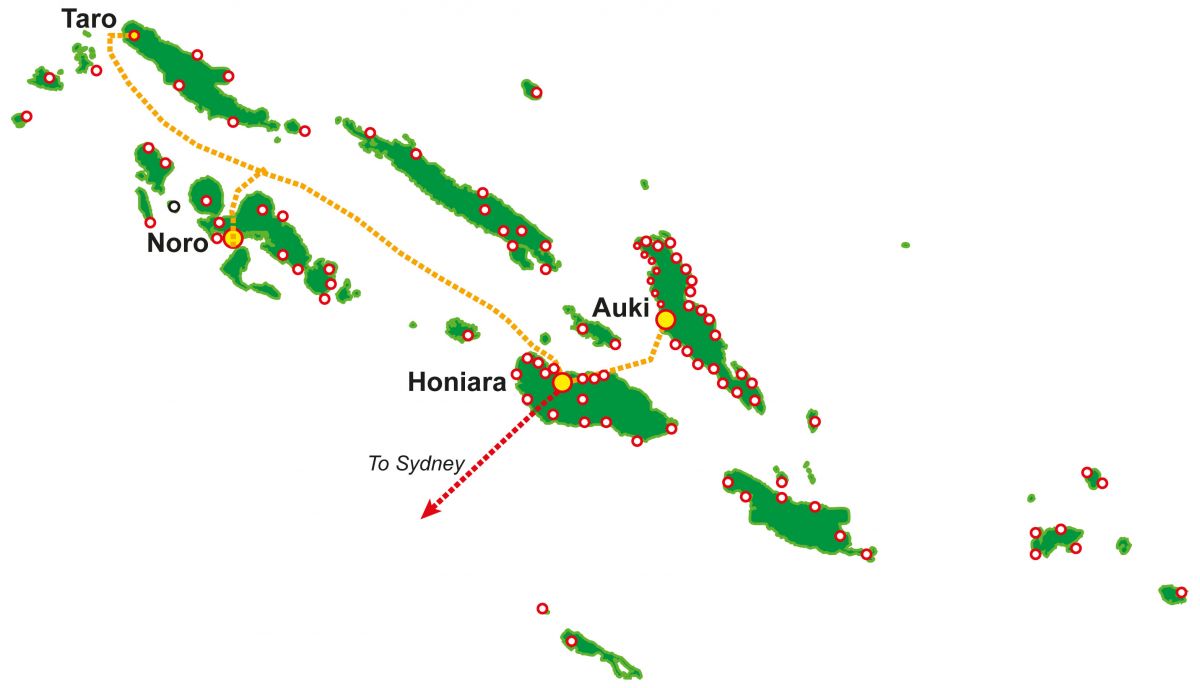 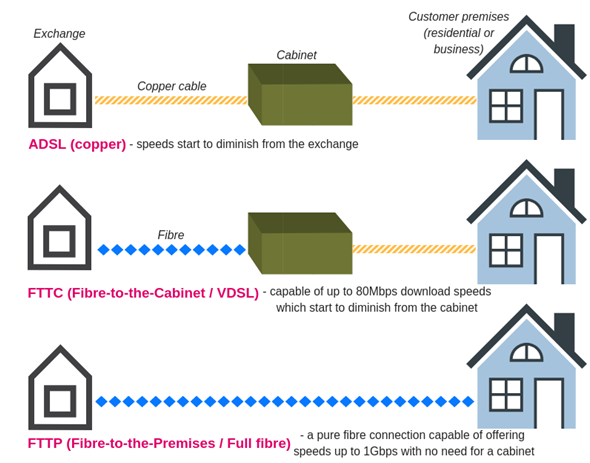 (Right) our Telekom‘s scope of network coverage in Solomon Islands. (Left) graphic representation of our next fibre cable network in Honiara and bigger provincial towns.

Our Telekom has in place a fibre-optic backbone that runs from Henderson right through Honiara CBD to White River. We have the ability to connect your business premises with fibre optic (Fibre-To-The-Premise), providing reliable fast connections. We are also continuously upgrading our major copper backbone with fibre optic bringing fibre capacity and speeds to a node near your premise (Fibre-to-the-Cabinet).

Our Telekom have successfully worked with and support major businesses in Honiara, regional organisations, the government and the National University to provide broadband Internet through fibre optic cable. This network is critical for stable and reliable connectivity that is not susceptible to weather disruptions as inherent with wireless connections.

Our Telekom is ready to deliver to you the best submarine fibre optic Internet experience. We have done the hard work building the local fibre optic network, using similar fibre optic connection used by the submarine cable, to ensure we deliver lightning speed Internet connection right to your premises.  Our team have also worked at creating fresh new broadband plans along with new mobile internet plans with very competitive price points and bigger data ready for fibre speed.

It’s unknown where technology will take us, but it’s likely that the internet will play a big role in it. Being able to connect your home or business to the fastest internet service available prepares you well for technological advances to come in the future.

Solomon Telekom Company Limited (Our Telekom) continues to be the leading and biggest telecommunications and Internet service provider in Solomon Islands.

With this achievement comes great responsibility. Our Telekom have worked tirelessly to ensure the majority of Solomon Islanders have access to and experience superb call quality, SMS and fast Internet services.

Over the years Our Telekom have rolled out more than hundred and fifty live mobile towers across the country.

From Tikopia in the Eastern Solomons to Shortland Islands in the Western Solomons, we connect distant families and allow local businesses to trade and communicate over mobile, telephone, social apps and the Internet.

In 2017 and 2018, Our Telekom undertook one of the biggest exercises in its history, dubbed the Second Business Transformation Project, aimed to upgrade 2G rural systems to 3G with mobile Internet access. Malaita and Western Province were first to be upgraded to 3G covering most of our communities there.

2019 saw 3G rollout in Guadalcanal resulting in 3G coverage from Selwyn College in the West to Marau.

The project will continue in 2020 onwards, expanding our 3G reach to the rest of our Provinces.

Our Telekom is also the only 4G provider in the Solomons with 4G+LTE in Honiara since 2017 delivering broadband Internet speeds over the mobile network. This has enabled faster downloads and seamless experience for online streaming and multimedia experiences on mobile and other tethered devices. 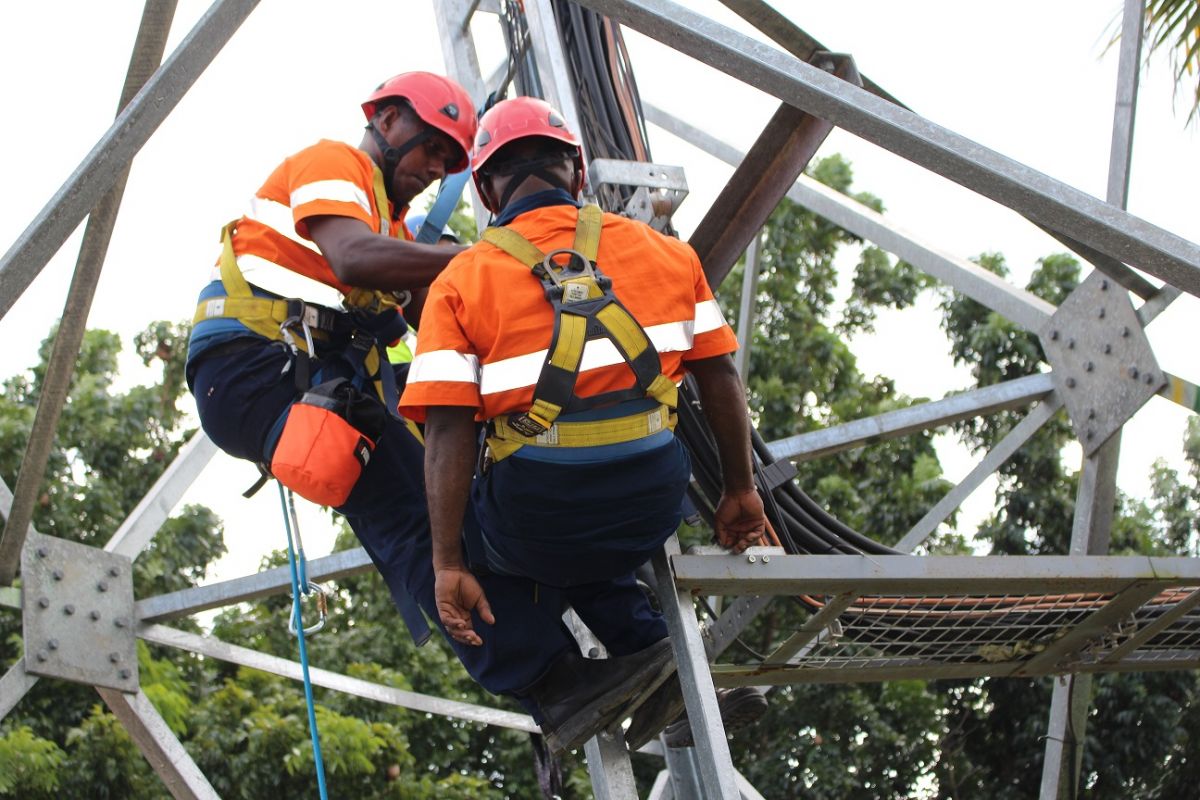 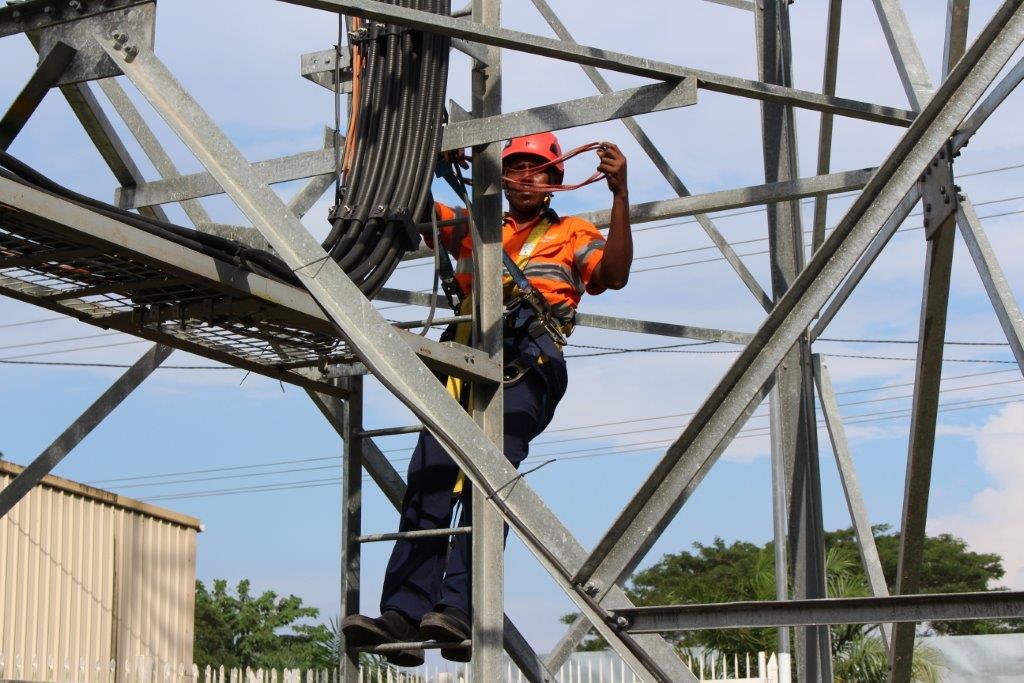 Preparation for Fibre Optics. The Second Business Transformation Project saw the upgrading of 2G rural systems to 3G with mobile Internet access. Whilst Honiara upgraded from 3G to 4G LTE.

Our Telekom also provides quality genuine mobile handsets to ensure everyone can use our fast Internet networks. We continue to bring high end Samsung Galaxy S series for our top end customers as well as the new Galaxy A series models packed with top notch specifications at affordable mid-range prices.

Our Telekom is also particularly proud to continue delivering to our customers the popular $299 entry level smartphone in three different quality brands - Alcatel, Aspera and Haus. These 3G Internet ready handsets continue to be our leaders in enabling our budget conscious customers to also have quality affordable devices to access the Internet.

Our Telekom is committed to ensure all segments of our people are able to participate and benefit from fast and reliable Internet access. We continue to invest in millions of dollars in communication infrastructure and upgrades, to connect our Islands, towns and far flung communities across our nation.

The introduction of the submarine fibre optic cable promises to enhance mobile Internet experience and open up new exciting opportunities that would revolutionise how we work, do business and live. We are ready for it. 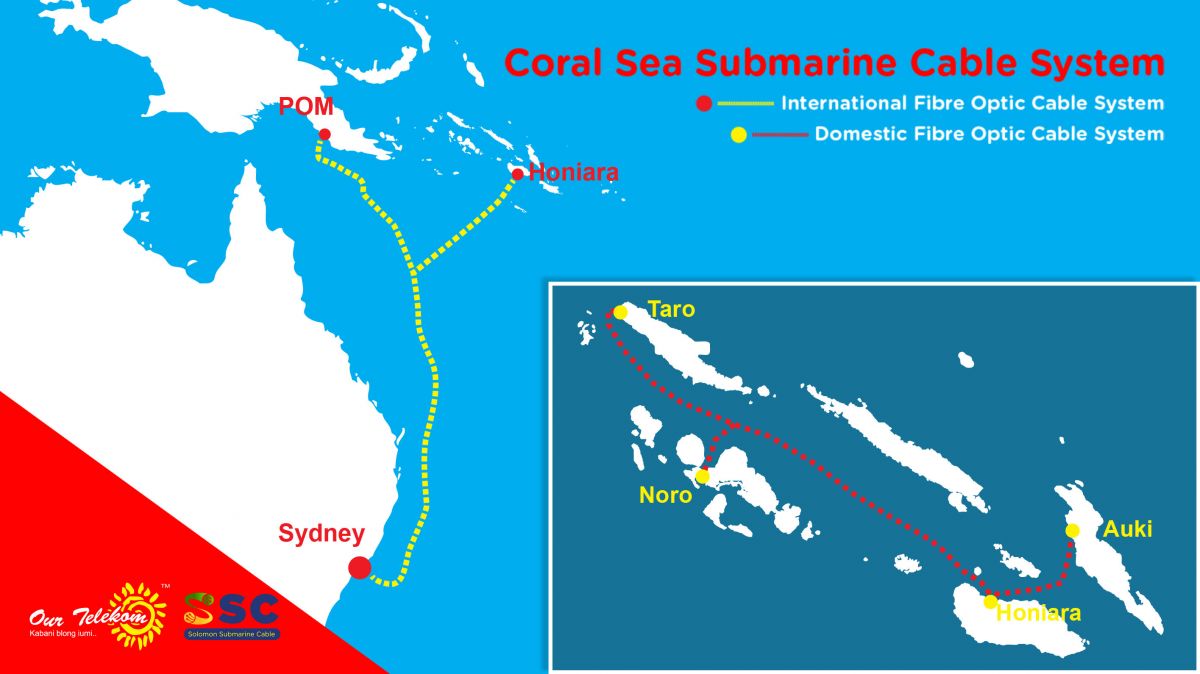 1. What is the name of the submarine fibre optic cable system that we will have soon?

It is called the Coral Sea Cable System - a 4,700 km 40Tbps cable linking Sydney to PNG and the Solomon Islands. In the Solomons there is also a domestic network that connects Honiara, Auki, Noro and Taro back to Sydney, Australia.

2. Who owns the Submarine Cable network?

SISCC  trading as Solomon Cable Company is owned by the Investment Corporation of Solomon Islands (ICSI) with 51% share. The remaining 49% share is owned by SINPF.

4. In the Solomon Islands where will the cable land and who is responsible for these landing facilities?

Solomon Cable Company is responsible for constructing all the domestic landing facilities in Honiara, Auki, Noro and Taro where the cable will land.

5. What will the Undersea fiber optic cable bring?

It will bring next generation connectivity, which basically means faster internet and data services with high capacity. 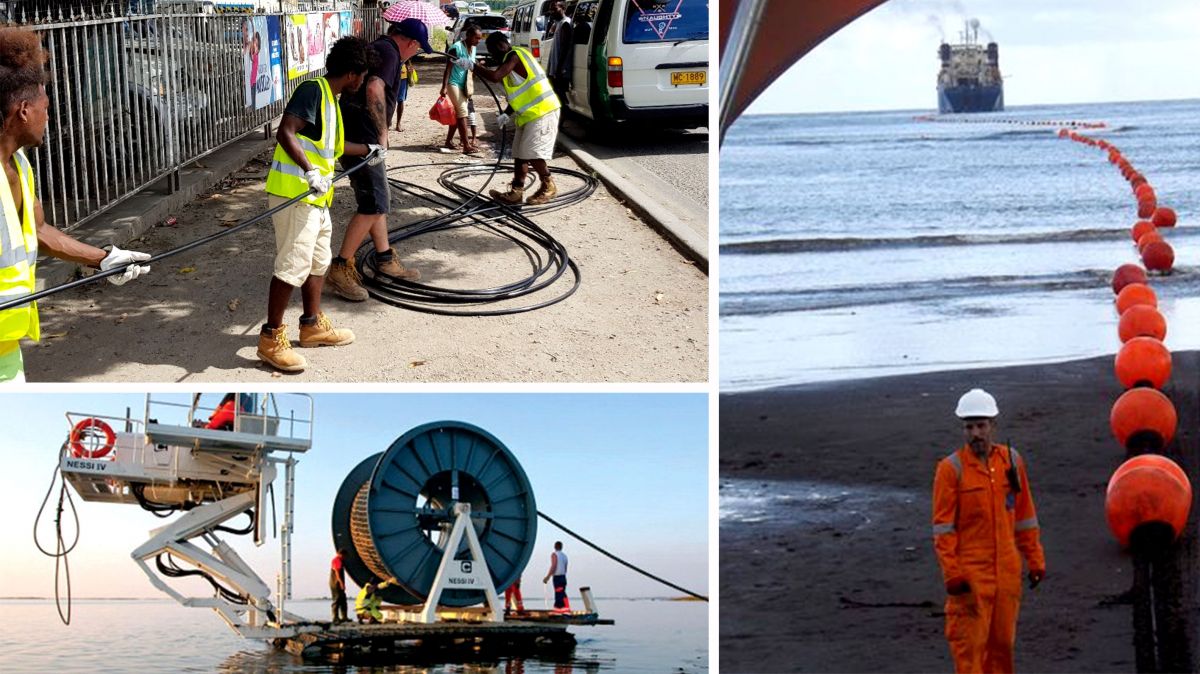 6. How will ordinary Solomon Islanders experience the fast internet services that the undersea cable will bring?

7. What has Our Telekom done in readiness for the Submarine Fibre Optic Cable?